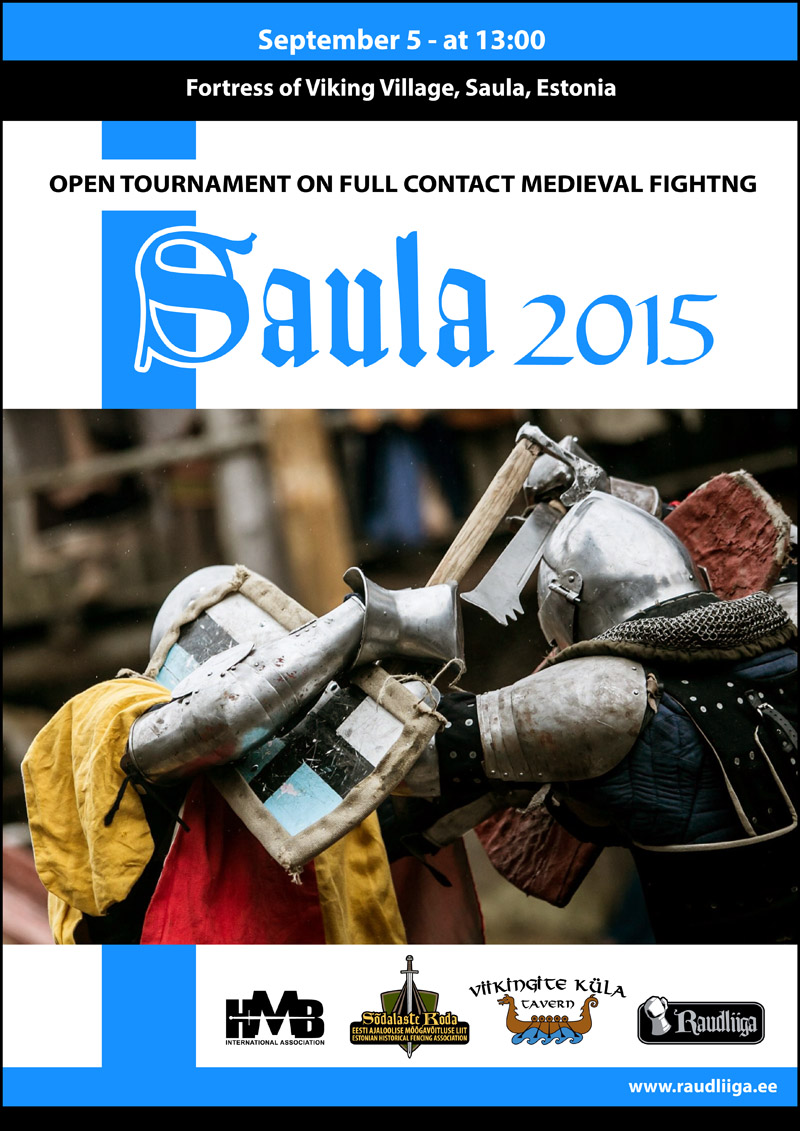 On September 5, a full contact medieval fighting tournament “Saula 2015” was held in the Viking Village, Estonia, hosting 14 fighters from Estonia, Finland and France. The tournament was organized by the Estonian Historical Fencing Association and Viking Village. The event was marshaled by Raivo Ird, an internationally HMBIA-certified marshal. 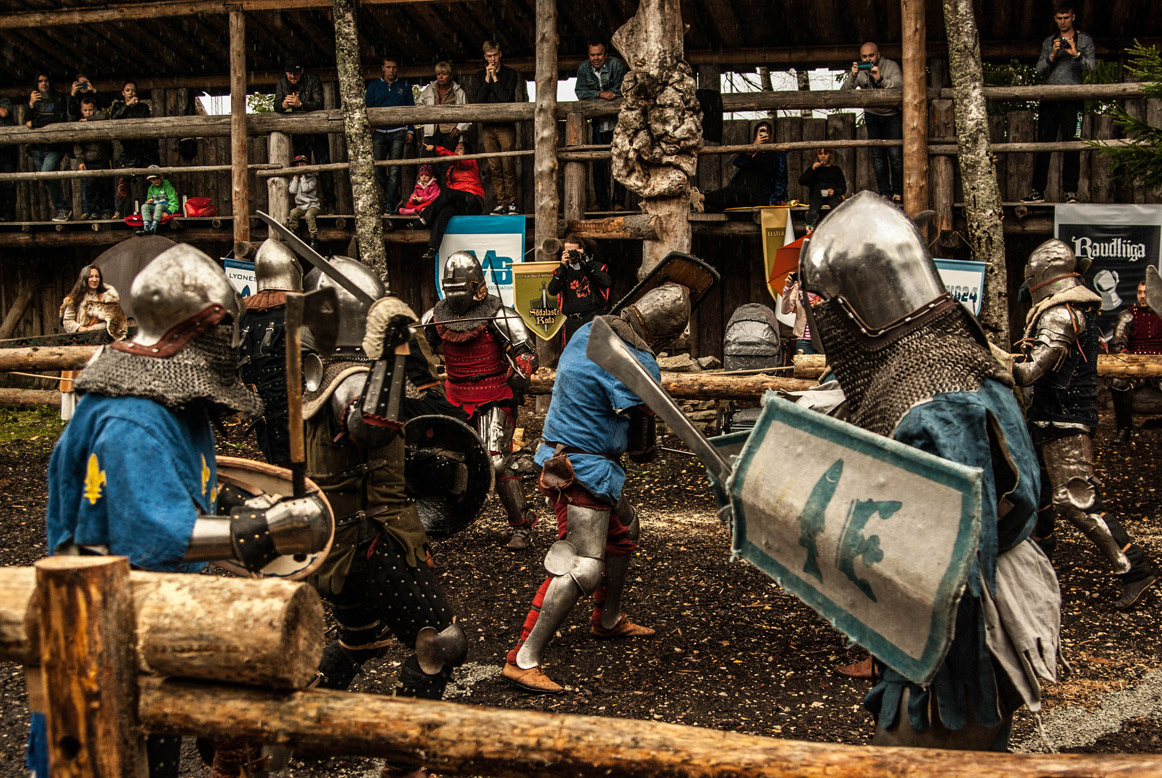 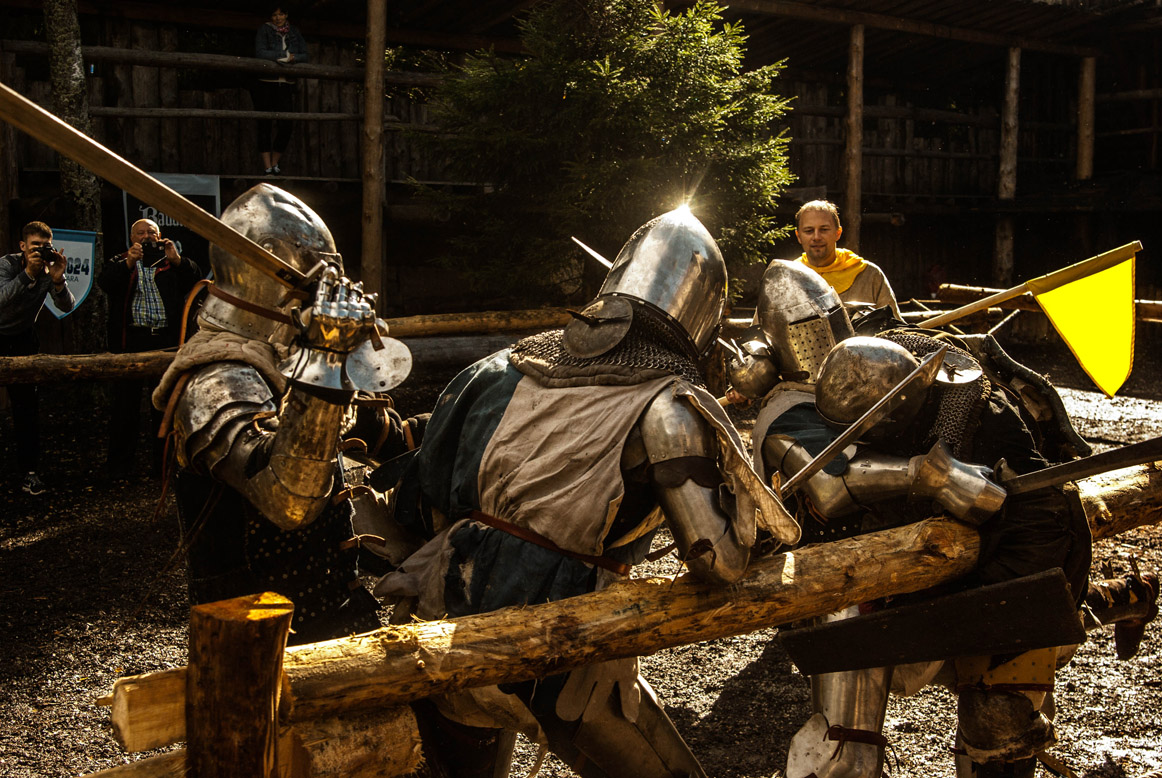 Three teams participated in the HMB buhurt 3vs3 category, with each of them amassing a single victory. As such, the final winner was determined by the largest number of round victories and score points. The winner in the 3vs3 category was FinFra. Karu Klubi (Narva) took the second place, while the joint-team of clubs Turm (Tartu) and Soldknechte (Tallinn) came third. 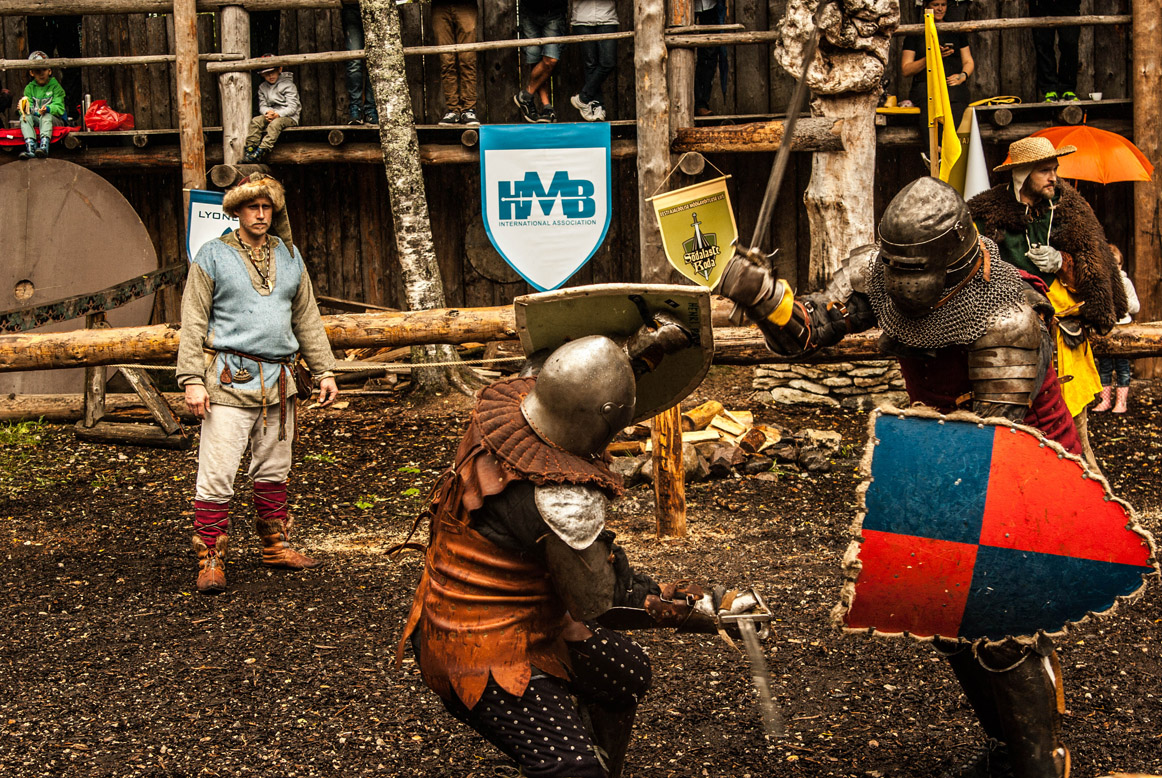 The winner in the duel with sword and shield category was Jaan Murumets aka Barbar from club Turm (Tartu). Maksim Sidnev aka Skeggolf from club Valhalla (Tallinn) took the second place. Jaan Murumets also represented Estonia in the the IMCF World Championships held in Malbork this year, where he won a bronze medal in the same category.

Photos from the tournament