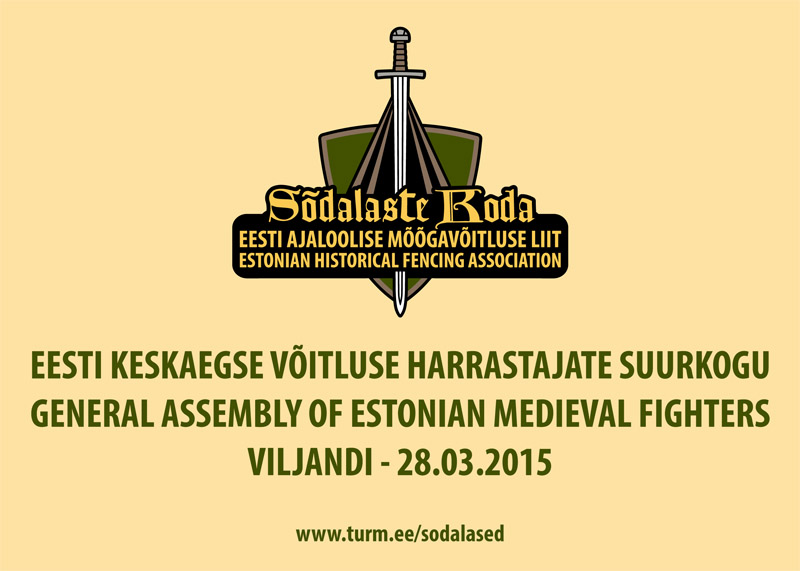 In 2015, the Estonian team of medieval fighters will be participating in major international competitions (HMBIA Battle of the Nations, IMCF Medieval Combat World Championship). As such, the Estonian Historical Fencing Association is summoning the General Assembly of Estonian medieval fighters to choose the official representatives to those events. The General Assembly will gather on 28 March 2015 at the Viljandi Aircraft Factory, right after the Estonian Medieval Fighting Championship, which is held at the same venue. The Assembly will gather around 18.00, depending on how long the preceding championship lasts. Elections will be held for the two following positions: Captain of the Estonian team for the HMBIA Battle of the Nations and The Official Estonian Representative of the IMCF Medieval Combat World Championship.

The Viljandi Aircraft Factory (Hariduse 12A, Viljandi) is located in the city of Viljandi, by the castle hill, which was the location of the largest Sword Bretheren fortress in the Old Livonia. As of now, the Aifracraft Factory houses the Open Youth Center of Viljandi. 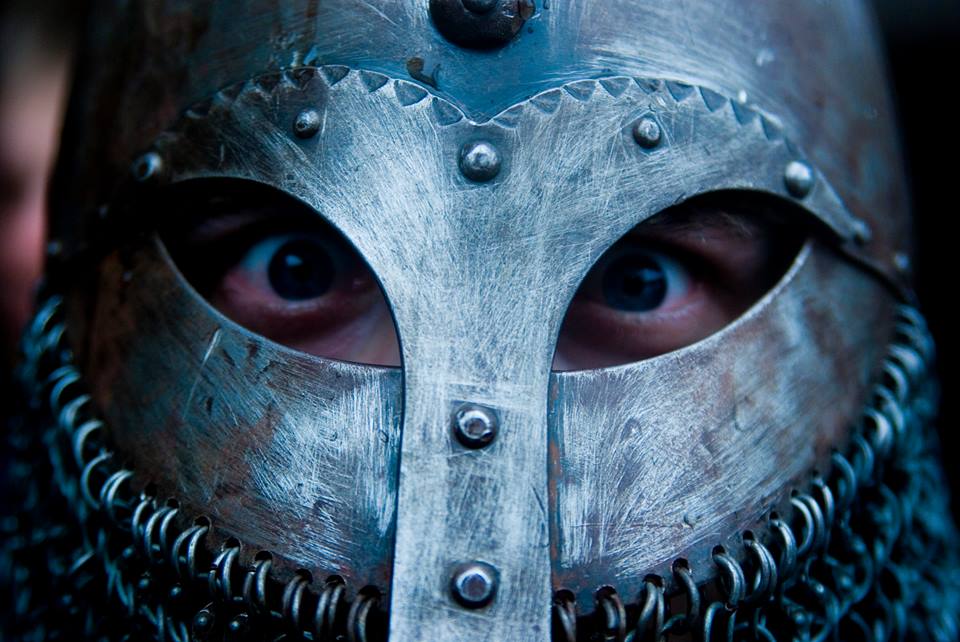 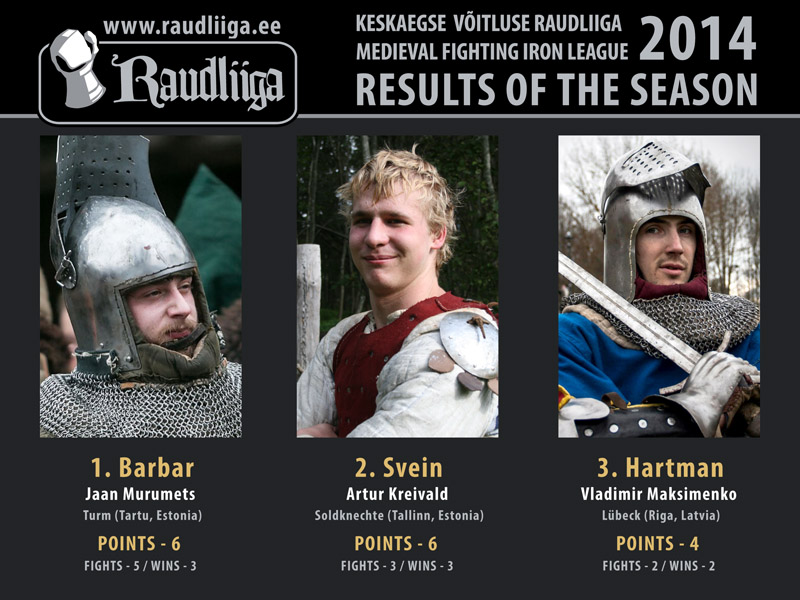